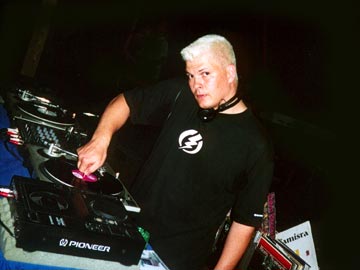 Former metal band drummer, I discovered digital musics in 1990. It's in Singapore, during the summer 1992, I started to mix at the Zouk Club. There, I met some very popular DJs and Bands such as Jeremy Healy & MC Amos, who had their summer residence in S'pore, Sasha, Alfredo from Ibiza, Leftfield or Jesus Loves You. The sound was definitely under balearic and London progressive influences.

When I got back to France, the Techno and the Underground scene were in full motion except in Clermont-Ferrand where I was studying! In order to deal with that lack of events and to please the growing need of an emerging House lover scene, I decided to organize the first rave parties of this area within two buddy organizations, Mykonos and E2N Concept. In these days, the sound was a mix of the different techno influences, trance, acid trance and even harder with some transcore and acidcore. In no time, we were entertaining 800 to 1,000 people every month. The apotheosis was reached in July 1995 with the organization of the big independent rock festival "Rock au Max" techno closing party.

Summer 1995, I moved to the South of France and I quit party organization to focus on my djing. I mixed in various parties and raves on the riviera with DJs from all around the world like Miss Kittin, DJ ESP, Damon Wild, Stephanovic and last but not least, Jeff Mills!

I mixed in some well remmembered parties such as the Dolly Doll parties on the beaches of Saint-Tropez, the Dragon Ball, raves in the forest near by Avignon or the closing party of the Marseille first Lesbian & Gaypride where I first mixed next to Jack de Marseille. In these years I was also a radio DJ on Top FM. We had a 2 hour show, Cyberline, every Friday where we presented the House music news before I mixed live an hour set. 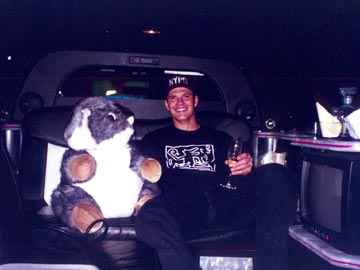 April 1996 is an important milestone as it my big House Music revelation during my trip to New York. I discovered another way to party and a very extended club scene. I've seen the most famous DJs of that time: Junior Vasquez, Dany Tenaglia, Lil Louie Vega or Roger Sanchez. I've been to the most famous clubs as well with outstanding sound systems like the Tunnel, the Roxy, the Palladium or the Limelight. I came back from NYC with 150 plates in my bags and begun a new start. I left the underground rave scene to start mixing in clubs. I've been to the most well-know places between Marseille and Nice, mixing with pure House DJs like Luke Skywalker (ex-Queen resident), Paul Jonhson, Jack de Marseille among others. 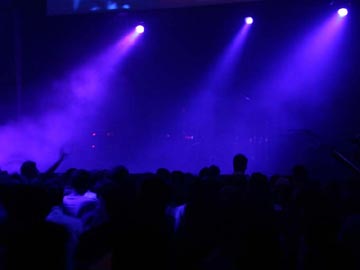 End of 1996, I moved to Paris and was recruited by the independent house music label Radikal Groov (RKG). I mixed for them both in rave parties and clubs. I mixed on radio and clubs around Europe (Paris, UK, Switzerland, Belgium...).

In 2000, I decided to be a lonely wolf again and I kept mixing for various clubs in France (Queen, the Gibus, the Folies' Pigalle...) with a residency for 2 years at the Club Med World in Paris.

My style is definitely an aggregation of all these experiences I had for the past thirty years and I'll always try my best for you in order to give you best emotional, sensual and universal sets while you're on the dancefloor dancing!

Back to Home Page